Fantasy sports are big business across the pond. Currently, 60 million Americans take to the internet each year to pick the linebackers, pitchers, point guards and even NASCAR drivers in a bid to top the leaderboards and earn bragging rights among their friendship groups. Sleeper, the fantasy league and chat app, is looking to challenge its big-name rivals after receiving venture capital funding from Silicon Valley.

The start-up is seeking to re-invent the way its users engage with fantasy football, distinguishing itself as an engaging social platform that brings an ad-free experience to its growing base. Fantasy sports have gone from strength to strength of late, both in the US and elsewhere, with its audience taking time-out to put together their dream team – just for the thrill of it.

Coming up against leading apps from giants in the field, in the likes of ESPN, NFL and Yahoo!, Sleeper faces quite the overwhelming challenge, but it is one that the San Francisco-based developer is confident in taking on. After scaling up and raising more than $7 million from VCs so far, including from Uber co-founder Garrett Camp's Expa, its focus is set. Sleeper will continue developing the app, expanding the team behind it and furthering their offer into other sports - at the moment they're focused solely on American football.

Perhaps its biggest challenge, however, is the ongoing discussion around whether or not the integration of gambling in fantasy sports is actually appropriate, particularly in the US where sports gambling laws are hugely restrictive. There are a wide range of platforms that offer monetary incentives or the opportunity to place bets on their selections, raising questions about whether this makes gambling too accessible for an audience of all ages.

It's a tricky market to navigate in the US, but as it stands Sleeper have everything in place to offer a product that will truly shake it up. It'll be interesting to see how that battle with ESPN goes, and whether or not David can once again defeat Goliath.

This unifies the experience for users, many of whom have had to piecemeal their experience by using a WhatsApp or GroupMe group in addition to the other fantasy league apps that they’ve been using. Sleeper’s more differentiated UI seems to be largely popular among early vocal users as well as the up-to-the-minute notifications that deliver league updates. 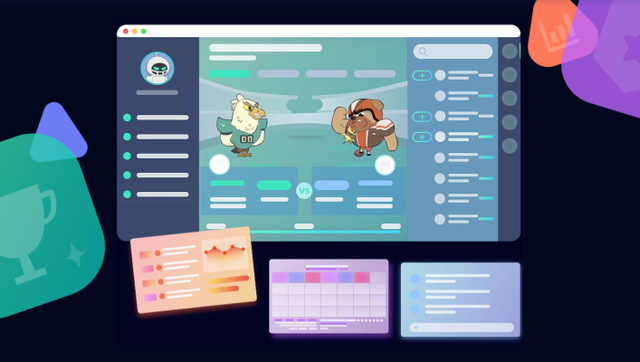